You know who I am 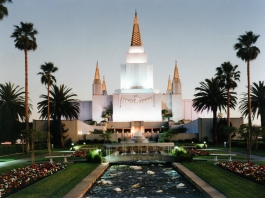 In the fall of 2009, I was approached by my Stake President to help put together a stake-wide program to LDS members to help them better understand and become more educated about gay Mormons. I happily agreed.

Initially, I chose to remain anonymous and have this read by a long-standing, well respected heterosexual member of our ward. The reasons for this were twofold: First, I did not want the messenger to cloud the message itself. Outing myself in front of my ward could have detracted from the intent and impact of my message. Second, and perhaps more important, members of the church got to hear someone who was "just like them"  deliver a message from someone often considered "the other."

Little did I know at the time, but this work would soon become a major focus of my life, and this is the writing that started it all. I am now an openly gay, active Latter-Day Saint. From those small, first steps with the Oakland and Berkeley, CA wards, grew a passion and a direction for my life that I didn't even know I had. How grateful I am.


You know who I am. You have sat next to me in meetings. You have greeted me with warmth and enthusiasm when I’ve come to church. You have heard my voice in prayer.
Yet, I wonder how many of you would treat me less kindly if you knew the truth of who I really am. I wonder if you would judge me—however mildly, however inadvertently, however silently.
Being honest about who I am has seldom led to a positive outcome. In my home, my father told me that my being gay was his ultimate fear, and my ultimate failure. My mother told me it would have been better for her if I’d been born dead than gay. Growing up, I was scorned on the playground, and ridiculed and bullied in the classroom. I have been fired from jobs because I am gay. At times, even though I had done nothing that would have disqualified me, I have been told by Church leaders that I am unworthy of ever taking the Sacrament. I have been told that I will never work with the youth of the Church. I have been told in meetings that it is because of people like me that the AIDS pandemic has come upon the Earth—that my sins are bringing punishment upon the wicked and the sinless alike.
It has not been an easy path, nor a path I would wish for anyone. But it is my path. And it has made me who I am today. I am, in fact, grateful for being gay. It has given me levels of compassion, understanding, patience, and forgiveness that I would never have developed otherwise.
Many Sundays, I look out at you across the congregation: young families, with your brood of wonderful and rambunctious children; mid-life couples with your fledgling children, offering them support as they leave the nest; husbands and wives who’ve shared this earthly path together for years, with your memories of lifelong love and companionship. And I know I will never have those things. If I am to live by Church doctrine, I am relegated to a life of solitude, and my sentence is to grow old and leave this world alone.
Those are painful realizations for me. Yet when the Sacrament is passed, when I bow my head and speak my sorrow to my Heavenly Father, something grand happens. Almost without exception, a feeling washes over me from deep inside my soul. A tender, warm, yet powerful feeling—and an unmistakable voice that tells me, “You belong here.” Not when I have it all figured out, not if I could become straight, not when I know all the answers—but today, right here, right now. With you. That, my dear brothers and sisters, is why I am Mormon. Because I belong here.
Being a child of my Heavenly Father was not a choice. Being gay is not a choice. Both things simply are. Both things are intertwined into the DNA of my soul so deeply that you could not extricate one from the other without destroying who I am. They are, in fact, who I am.
I am a gay Latter Day Saint.
I don’t want pity. To pity me is to make me a victim. I want understanding. To understand me, is to love me as an equal.
I don’t want tolerance. If I am tolerated, I am disliked or feared in some way. I want respect as a fellow striving child of God—an equal in His eyes.
I don’t want acceptance. To accept me is to graciously grant me the favor of your company. To accept me is to marginalize me with the assumption that I am less than you. I am your peer. I am neither above you nor below you.
I don’t want judgment. My path may be different than yours, but it is a plan built for me by a power greater than any of us. To judge me is to judge the designer of that path.
I don’t want to be labeled as “afflicted” or “suffering” or “struggling.” I do not have an illness that requires my soul be mended. I want to be recognized, like you, as a whole person, just as my Heavenly Father made me. I have suffered no affliction by His hand; I have, however, suffered affliction at the hands of others, including my brothers and sisters in the gospel.
I do not want to be viewed as a mistake. My path on this Earth was prescribed uniquely for me, just as yours was for you. It was designed to give me the experiences I need to grow as a child of my Heavenly Father. To view me as a mistake is to view Him as a maker of mistakes.
On a cosmetic level, we are very different, you and I. You have spouses, or the opportunity for spouses, I do not. You have children, or the opportunity for children, I do not. You are attracted to those of the opposite gender, I am attracted to those of my same gender.
What I want most of all is for you to look past the superficial and the cosmetic. I want you to look at what makes us the same: the simple fact that we are all children of our Heavenly Father, and we are striving day to day to understand how to best do His will, and how to return to Him. It is that simple sameness, brothers and sisters, that weighs more than all the differences in His universe.
You know who I am. You have sat next to me in meetings. You have greeted me with warmth and enthusiasm when I’ve come to Church. You have heard my voice in prayer. And now, you have heard my truth.
Posted by Mitch Mayne at 4:55 PM