A repost of my recent article on Huffington Post. Enjoy. 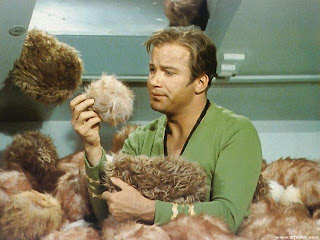 When I was in first grade, I wasn’t so different from all the other Mormon boys in my class. Like them, I couldn’t wait for the bell to ring signaling the end of the school day. But unlike them, I didn’t run to the playground to toss the ball, or head to a friends house to hang out. I got home as quickly as I could, because right after school the local television station aired reruns of the original Star Trek series—and I had a great big school-boy crush on Captain James T. Kirk.

At six-years old, I lacked the vocabulary to be able to explain to anyone that I was gay, but my identity was formed nonetheless. All I knew was I liked the way my heart beat a little faster when Captain Kirk was in my life for that hour each day after school—and that Captain Kirk was the guy I wanted to give my first-grade Valentine to.

My story isn’t unique. As kids, straight or gay, each of us had someone who made our heart skip a beat. If you ask any adult, they can almost without fail tell you the name of their first crush. If it was a heterosexual crush, likely it was met with kind teases and coos from parents, friends, and other adults. But if it was a homosexual crush, it was questioned and shamed—and we were told we were confused, we didn’t understand, or that it was just a phase and it would pass.

“How could he know he’s gay? He’s never kissed a boy!” a parent commonly asks. And at the same time, a parent never thinks to ask the question, “How would he know he’s straight? He’s never even kissed a girl!” The simple truth is that neither of us has to kiss the object of our affection to know the direction our hearts point us. Our realities, gay or straight, are just the same.

This tendency to assume that children only correctly identify their sexual orientation if it’s heterosexual is common inside the Mormon culture—and extremely damaging. It instills in gay children an alarming amount of self-doubt: from an early age we are taught not to trust our own feelings. Worse, when we’re shamed for expressing feelings for someone of the same gender, we learn the misconception there’s something deeply wrong with us, and that has resounding implications for our health and mental health throughout our entire lives.

Recently, the Boy Scouts of America (BSA) announced its decision to support inclusive scouting for 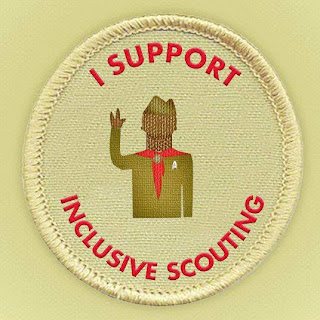 gay youth, and the Mormon Church has come out publicly in support of that policy. By acknowledging—maybe for the first time—that gay kids can and do correctly identify their orientation, the Mormon Church is poised to make powerful changes to protect the health of young gay Mormon boys. As a Mormon faith, our footprint on this planet is large—and with it, comes a tremendous opportunity to do good. We have the chance to seize this opportunity to do the right thing, and show the world Mormon compassion and wisdom at its best.

And here’s how we can do it.

Last year, The Family Acceptance Project delivered a Mormon version of their evidence-based research materials that outlines both rejecting and accepting behaviors—and links those behaviors directly to rates of alcohol and drug use and abuse, STD infection, depression and suicide. These Mormon materials bear the “Best Practice” seal from the American Foundation for Suicide Prevention, and are the only materials to have received this kind of national recognition and endorsement. Inside the booklet, Mormon families will find guidance that not only fits within the confines of our doctrine and beliefs, but actually reinforces the best parts of Mormonism: keeping our families happy, safe, and together. 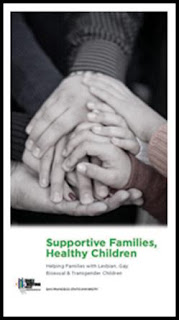 The Family Acceptance Project research is not marketing based on focus groups. It is not speculation. It is not opinion—even ecclesiastical opinion. It is science. By integrating these materials into our spiritual curriculum and our vast social services programs, we can give LGBT Mormons and their families a lifeline of hope that has not existed before. We can step beyond the days where Mormon parents—many armed with good intentions but alarmingly little data—feel compelled to choose between their children and their church. Family relationships are a cornerstone to our faith as Mormons—and we’re taught that “No other success can compensate for failure in the home.” David O. McKay. The Family Acceptance Project materials have eliminated the illusion of that horrible Sophie’s Choice.

As a gay Mormon, and someone for whom scouting was just as much a right of passage in my youth as my church activities, this gives me hope for the generations that follow me. While the BSA announcement isn’t perfect, the decision—and the Mormon Church’s endorsement of it—opens the door to help keep our gay youth safer and happier than ever before. If we make the most of this moment, we have a chance to build a healthier generation of Mormons who are better equipped to follow God’s second great commandment: to love one another—for who we genuinely are.
Posted by Mitch Mayne at 11:24 AM 1 comment: