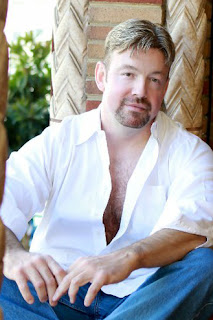 Each of us, at some point in time in our lives, will bear things that are seemingly unbearable. The reconciliation of our own spiritual truths with our sexual orientation; the loss of someone we love and whose soul has become intertwined with our own; bad news from physicians that predict dire outcomes for us or those we love.
I am no exception. Like you, I have had to endure things that, in the moment, seem unendurable. It is during those times, I believe, that our true character shines through. We have a choice—we can be bitter about our circumstances, make ourselves victims to life itself, or we can choose to be thankful for our trials. The choice is ours.
I wish I could say it’s easy for me to choose gratitude in the face of difficult circumstances. Often, it still is not. But I have found, though, that focusing on the gratitude not only makes the unbearable bearable, but it also helps me to grow in my faith, in my confidence in myself, and most importantly in the assurance that I am—regardless of circumstance—never without my Savior.
Each and every one of us has dealt with suffering. And, we can be sure we will again—such is the nature of this existence. But we have the opportunity to do more than survive difficulties—we have the opportunity to allow them to help us thrive.
For me, the process of coming to terms with being a gay Mormon was one such “moment.” I found myself brought to my knees, both literally and figuratively. It was clear that my circumstances would not change: I would always be gay, that was never a choice. And I would always be a child of my Father in Heaven—that, as well, was never a choice. The one thing that could change, however, was my own attitude about my situation, and how I chose to understand myself and my Savior. For my Savior alone, the author and finisher of my faith, could provide the deliverance I sought. I had no choice but to place my expectations, desires, my despair as well as my joy, in the hands of my Lord.
And do so, I did. 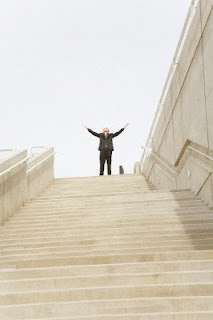 Today, when I am asked to endure the unendurable, I remember that I am more than my problems. I have been brought through many struggles to be exactly where I am today—and I am exactly where I am supposed to be. My challenges have brought me a wealth of experience that I can put to use for myself, and for others who face similar difficulties. I needn’t fear the challenges of the future, because I know that with the guidance of my Savior I am—like you—capable of handling anything life brings me.
It’s easy to fall into the trap of viewing our lives as a tragedy when we’re contending with what seems unbearable. But if we so choose, we can regard anything that happens to us as a gift from which we can learn and grow. I challenge each of you—whether you’re facing the unbearable now, or in the future—to find something positive hidden within a difficult situation, and allow yourself to be grateful. I believe that, like me, you’ll be surprised at how much a little gratitude can help.
“And I will also be your light in the wilderness.  And I will prepare the way before you if it so be that ye keep my commandments.  And ye shall know that it is by me that ye are lead.” (1 Ne 17).
Posted by Mitch Mayne at 11:30 AM 11 comments: 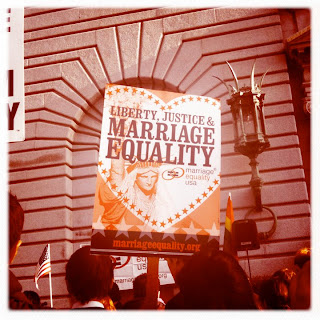 On December 6, 2010, I had the opportunity to speak at a rally held on the steps of the California 9th Circuit Court of Appeals, just prior to the arguments being heard on Proposition 8 appeals. I kept my remarks brief, and was joined by many noteworthy activists in the cause: Kate Kendell from NCLR; Ryan Kendall from Marriage Equality Colorado; Jenny Pizer from Lambda Legal; and the Reverend Jesse Jackson.
Below are my words from the rally. I’ve attached a brief video of the opening, even though we lost the rest of the speech, it still gives a good flavor of the energy level of the crowd and the passion of the event.
What a great opportunity it was to be part of this event—and, I hope, part of helping shape freedom to marry for everyone.
My name is Mitch Mayne. I am an openly gay, active Latter-Day Saint. I am a gay Mormon. And I am your ally in our quest for marriage equality.
Like many of you, I felt first-hand the sorrow around Proposition 8. But unlike many of you, I felt it from my very own spiritual family. Watching my Mormon brothers and sisters advocate for an issue that would keep me from marrying the man I loved, tore at my heart and afflicted my conscience. It was difficult to maintain my personal integrity and, at the same time, stay close to the home where I found my Savior.
Often, I feel like a man with a foot in two worlds that belongs in neither. But as I have grown in my testimony and my understanding of myself, I have come to realize that I am indeed a man with a foot in two worlds—and I belong in both.
Being honest about who I am has seldom led to a positive outcome. Nonetheless, I have reached the point where I can no longer be silent. I have not mastered my fear of what might happen to me as a result—I have just come to believe that something else is more important than my fear—equality.
I now know there are many inside the church like me—both gay and straight—who envision marriage equality for all.  And while I have faced—and will face—some hard-heartedness within the church, I have also been blessed to find much unconditional love and support.
As an openly gay, active Mormon man who is willing to stand up as such, I have the opportunity to give a human face to the issue of marriage equality, both within my church and within my community. Through my continued faithfulness, I have the opportunity to demonstrate that, at our core, we are all very much the same: simply children of our Father, who are striving day to day to understand how to best do his will, and how to return to him. Through my continued faithfulness, I have the opportunity to demonstrate that this sameness weighs more than all the differences in his universe.
Therefore, my strength and my honesty are needed in the Mormon Church. And all of our collective strength and honesty are needed here, today. Each of us has a role to play here, and each of us has work to do on behalf of ourselves and those we love.
Together we shall persevere as we seek to have the same benefits and recognition in the eyes of the law, that we already know we have in the eyes of our God.

The "why" of what I do: Sarah's story 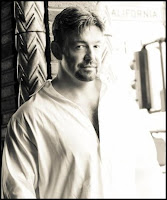 I knew this work, and my above all my honesty, would give me more than my share of detractors. I gladly accept that, for I believe it is through them that genuine debate is sparked, and hopefully hearts are softened and spirits become more receptive. Rigorous debate is a good thing, and, I believe, a God-given thing.
There are times, admittedly, where I feel spiritually beaten down as a result of being outspoken about who I am and what I believe. Today was one such moment. Without fail, when those moments occur, I am blessed with a letter or an email from someone who’s thinking differently about the place of gays and lesbians in our Father’s kingdom as a result of something I’ve done. I do, in my heart of hearts, believe this is my Savior’s way of showing me His hand in my life, and His way of lending me courage again when I feel I have none.
These moments are a humble reminder that I am, indeed, only an ordinary man—placed into extraordinary circumstances. And as such, granted the grace to live up to those circumstances.
Below is Sarah’s story. How grateful I am she was willing to be an instrument in the hand of my Savior, and lend me strength when my own was faltering. I hope you find in it the same strength and beauty I did.
Dear Mitch-
Thank you for your courage in your quest to establish greater understanding within the Mormon community with regard to our gay brothers and sisters.  You inspired me to have a conversation with one of my younger brothers about his being gay.  Joe has always been very private and self protective, and it was difficult for me to gather my own courage, find the right words and setting and give my feelings utterance.  The opportunity came when he stayed at my house for this holiday weekend.  All four of my siblings and their families attended events at my father’s place.  My father has a cancer diagnosis and will probably last a only few more months so people made a concerted effort to be here together.
I thank you for being an inspiration to me.  I have wanted greater closeness and friendship with Joe, but felt awkward in broaching the subject of the “elephant in the room” that my family is uncomfortable with.  I told him it feels strange to have a brother-in-law I have never seen.  He and his partner, Mike, have been together for 30 years.  We agreed that that would change when I stay with them in Portland on a vacation.
-Sarah 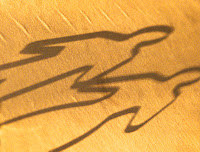 I wish to express my gratitude to my Savior for the opportunity to play a small role to mend a thirty-year separation between a brother and a sister, and bring an entire family closer together once again—right where they belong.
The blessing of this work, is, indeed mine.
Posted by Mitch Mayne at 2:04 AM 3 comments: