Things That You Must Explain

Today, I'm sharing a guest post written by a good friend of mine, Matt Mosman. Matt has an interesting story himself: straight, multi-generational Mormon, honorably served a mission and in many callings within the Mormon Church, and married to a non-member (who is perhaps among the most fantastic humans I know).

Matt and I met when I took my calling as the openly gay executive secretary in the Bishopric in San Francisco almost three years ago. We became fast friends--he's quick to laugh, and quick to stand up for anyone who is unjustly placed in the role of the underdog.

And that he does. 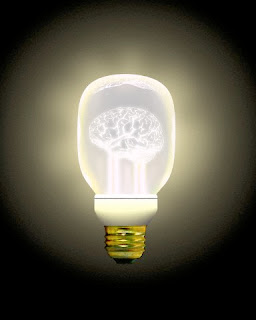 As I’ve become involved in offering support for LGBT rights and for LGBT acceptance within the LDS community, a few things have really stood out to me as striking crimes against basic logic.  I want to take a few paragraphs here to outline places where LGBT people should not have to defend themselves.  In most cases, those who oppose them do.

Note here that I am not attempting to refute an exhaustive list of anti-gay rhetoric.  Rather, I’m sticking only to flaws of logic: those notions, often now memes, that fail on the level of basic structure.  To wit:

The claim that being LGBT is a choice.  This is a classic example of the logical fallacy called “Shifting the Burden of Proof.”  It goes like this: I am a rather tall person, at 6’4”.  When I look over a wall or fence and describe a view that is obscured from normal-sized people, the onus is not on me to prove myself correct.  I am the one looking on the sight; when I say that the neighbor’s backyard has a lemon tree, I am assumed to be correct unless someone can demonstrate that I am not by getting their own view beyond the fence.  To suggest that I am the one who must prove that there is a lemon tree in the yard, and not the person who cannot see past the fence, is shifting the burden of proof.

So why, when a person who is gay explains to us that this is the way that they have felt for as long as they can remember feeling anything, do other people suggest that they are wrong about that?  The only person on earth with a view into the person’s mind is the person himself (or herself); no one else could possibly make a sensible claim to know better.  Somehow the burden of proof has shifted to the wrong party.

The most logical thing to do would be to simply ask individual LGBT people what their experience was with respect to having experienced a moment of “choice,” or not.  When someone claims to have been the way they are for as long as they can remember, we should simply believe them -- the same way we believe heterosexual people who make the same claim.

The other flaw we often see in this argument is called the “argument from incredulity,” which takes the form of something like “I cannot imagine x to be true, therefore it must not be true.”  Many religious folks simply have difficulty reconciling the notion that God created LGBT people as they are with one or more of their religious beliefs.  But of course this is not logical at all -- an inability to reconcile something that is provably true by normal means with a belief system implies that perhaps the system should bend to accommodate new truth, instead of its proponents simply denying provable truth.

The idea that being LGBT is somehow a “popular” or “hip” thing to be.  This claim is often related to the “choice” claim, the idea being that young people are choosing to be gay because it’s cool.  This is an idea so irrational and insane that I hardly know where to start.  The experience of almost every gay person, anywhere in the world, is one of extreme difficulty and near-constant rejection.  Suicide rates and depression are dramatically higher for LGBT people, which argues rather successfully against the notion that it is the popular thing to do. 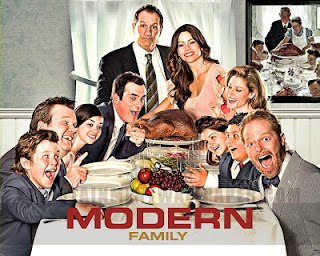 The absolutely true notion that gay characters are gaining acceptance on popular television programs does nothing to support the idea that being LGBT is popular, though it may suggest an increase in acceptance (which is quite a different thing).  It remains true that most television programs feature exactly zero gay characters, and the fact that it is newsworthy that “Modern Family” features a gay couple (in which one of the actors, Eric Stonestreet, is not actually gay) argues against the popularity hypothesis.

What concerns me here is that I have seen otherwise intelligent people listen to someone make this bizarre claim and yet nod their heads in assent without an investigation of the merits.  It has become a meme, asserting itself purely through repetition.  People who are fairly good at saying, “Now, wait just a minute here…” to almost anything else are not questioning a claim that has almost no basis in reality.

Here, again, the burden of proof is on the claimant.  The person making this assertion cannot simply state it without offering any reasonable evidence.

And the proof won’t be there.  I’ll indulge in my own fallacy by using a sample size of one to illustrate, but I have to tell this story:  Just a few years ago, I was CEO of a software company here in the San Francisco Bay Area.  One of my company’s software engineers arrived at work one day with a black eye and a fat lip, and I asked him how it happened.  He said he was just walking to his train stop, and some guys jumped him.  “For what?”, I asked, incredulous.  The engineer just looked at me like I had two heads.  He’s a gay guy, and he thought the “why” question should have been obvious to me.  It still happens.  Even here.  A lot. 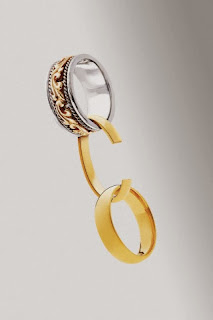 The notion that gay marriage is an “attack” on “traditional marriage.”  Before I even address this, I have to note for everyone what my brilliant wife, who is not LDS, has pointed out to me on several occasions: that for Mormons, of all people, to be lecturing others on what is or is not “traditional” in marriage is a little bit mind-bending.  Which, well...yeah.  It really is.

This particular idea suffers from multiple fallacies in the “red herring” category.  Red herring fallacies attempt to hide a weakness in an argument by drawing attention away from the real issue.

This argument is very obviously an appeal to fear, a fact made clear by the common use of the word “attack.”  It becomes difficult for people to evaluate merits when fear is involved.  Also, the very use of “traditional marriage” makes it an appeal to tradition, a form of argument which places extra value on something being “the way we do things,” ignoring or diminishing the fact that some traditions are just plain wrong.

Were proponents of this line of reasoning to state more reasonably their objection, it reads (and feels) rather different.  It would be something like, “In the modern era in the West, the societal norm for marriage has been one man married to one woman.  Gay marriage is not that.”  Such a statement is absolutely correct, but it doesn’t carry the fear and (long) tradition heft.

Finally: Gay marriage is a slippery slope.  The notion here is that widespread legal approval of gay marriage will inevitably lead to a series of dire consequences.  Often this ends with the prediction that the government will eventually force the church to solemnize gay marriages in its temples.

It’s interesting to me that this is put forth as a firm argument, since the whole concept of a slippery slope is widely considered to be a logical fallacy (it is also sometimes referred to as the “camel’s nose fallacy” or the “thin edge of the wedge”).  The reason it is considered fallacious is that it assumes a series of events that are by no means guaranteed to occur (and in fact most often do not occur) in order to reach its dire conclusion.

Sadly, the argument itself has often brought about its own dire conclusions.  Our nation went into Vietnam on a slippery slope argument -- the fall of Vietnam to communism was supposed to be the first domino in a series that would end up with communism engulfing all of Asia.  A generation of young men fought and died for that faulty hypothesis.

A more useful argument would outline each of the steps and assign some likelihood to each, in order to accurately assess what might actually happen.  Since the steps taken together form a conditional probability (in which you multiply each of the probabilities together to obtain the likelihood of the result actually occurring), the proposed endgame is almost always exceptionally unlikely: either a long series of fairly likely steps or any series that contains even one unlikely step will produce a low-likelihood result.  A series of five steps, each with a 70% likelihood of occurring, produces a 16.8% likelihood of reaching the endgame.  Insert even one term in that series with a 25% likelihood, and the overall probability drops to 6%.

None of this is to say that it is impossible to believe differently than I do about gay people or about gay marriage.  I’m certain that there are reasonable things that can be said on each side of these issues.  Rather, it is to say this: that the arguments presented above are each deeply flawed, and if a person is to use them, they have some fairly serious explaining to do.
Posted by Mitch Mayne at 1:02 PM 10 comments: