The importance of straight allies 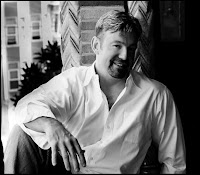 As I’ve become more vocal about being a gay Mormon—both in and outside the church—I’ve had the opportunity to meet some very remarkable people, some of whom quite clearly fall into the category of “straight allies.” Some have purposefully become an ally; others have simply stumbled there through circumstance. Just the same, the common bond that unites them is a deep and passionate desire to follow their hearts and do what is right.
They are my heroes: dedicated not so much to a cause, but to their own conscience. And through this dedication, lift the often heavy mantle carried by the LGBT community, regardless of faith.
I dedicate this article to them.
Rey is not your usual suspect when it comes to straight allies. Married to his wife Christine for almost 21 years, the father of three boys, an athlete, and a veteran—on paper, he’s almost the kind of person we’d expect to hold a decisively more conservative view. Yet, I’ve been repeatedly humbled as I’ve watched him champion equality through his support of gay marriage the repeal of DADT. He speaks out openly and with courage—even in the face of opposition.
Likewise, Jackie is an equally atypical ally. Jackie is the mother of 4 boys, a wife of almost 10 years, and an active Mormon who serves as a scout leader in the suburbs of Dallas. Recently, Jackie and her husband were drawn into a potentially violent situation when they stood up for the rights and dignity of a gay man. Many would have turned and looked the other way. But Jackie and her husband, driven by the strength that comes from doing what is right, stood their ground.

What makes Rey and Jackie—and other straight allies—unique, is they have cultivated the view (knowingly or unknowingly) that we are all children of our Father, and as such, are equals in His eyes. They don’t ascribe to the concept that gays and lesbians are the other—or any notion that there is anything that separates us as a human family. They do, in fact, view everyone as equals—and more importantly, feel that in their hearts and express it in their actions. They recognize that despite our external differences, our sameness as brothers and sisters unites all of us—and the strength of that commonality weighs more than any individual difference.
I am proud to know them both, and the other many straight allies whom I’ve come to appreciate and respect. And, I think their examples are powerful ones and help underscore the critical role straight allies have in the quest to soften the hearts of others—Mormon and otherwise.
Within the Mormon Church, straight allies are in a unique position to approach church leadership in a way that I, as an openly gay Mormon, am not. They have the added credibility of not being seen as someone with an agenda other than to do what is right. As a straight ally, you have the ability to speak on our behalf and deliver a message as someone who is not viewed as the other—and that will lend you a power and strength beyond what I, or any gay member, could have.
And deliver that message, you must. For if change is to occur, it has to have people pushing from the inside, as well as those pulling from the outside. 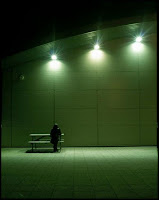 As with any challenge, there is also a hidden opportunity for our straight allies—regardless of faith. As a straight ally, you have the chance to be truly Christ-like. In fact, if we think about our Savior’s mortal ministry, it was a ministry largely centered on people society had cast out—that society viewed as the other.
When Christ was on an urgent rescue mission for the daughter of one of the Jewish leaders of the synagogues, there was a woman among the throngs of people that followed him, who reached out to touch his robe in an act of faith—that by doing this, she would be healed. For twelve years she had suffered a vaginal flow of blood, an almost constant hemorrhage. But worse than the physical illness was the suffering she had to endure at the hands of her brothers and sisters in the community—because of the plague of mental and emotional shame inflicted upon her.
She wanted to be near the Savior, to look into His face, to feel of His love. But this she could not do, because according to Jewish law, she was unclean. She, like many gay Mormons, was judged unfit to mingle with the community, unfit to worship in the temple. She was scorned as an outcast—worthless and unclean.
She, too, was the other. 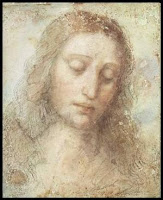 Yet, like so many times in his mortal ministry, Christ stopped and healed the woman of this terrible burden. But the most important aspect of His kindness was the healing of her lonely and aching spirit. What a humble honor it would be for the rest of her life to know that Christ knew her, that Christ noticed her, and that Christ accepted her. What a profound demonstration of our Savior’s love, mercy and kindness.  What a tremendous example of reaching out to the other—regardless of consequence.
Being born gay is not a plague; but what many of us suffer at the hands of others is. What an amazing invitation this story is to our straight allies to help their gay brothers and sisters achieve equality in the eyes of all.
What an exciting call to arms for our straight allies within the Mormon Church—for as Mormons, there can be no more worthwhile pursuit than becoming like our Savior. And what an equally moving cry for those of other faiths, or none at all—for there is little more virtuous a pursuit than striving for what is right.
When we listen to the sense of responsibility that is whispered to us by our own conscience, and speak out for what is right, we move beyond our individual problems and give unconditionally. Independent of our faith, through our words and actions we have the opportunity to lighten the burdens of others, to speak hope to the spirits of those who are heavy laden, and change hearts—and lives.

There is wisdom in knowing what is right; there is virtue in doing it.
Today, I will seek to be an instrument of virtue and peace. I will act on my conscience and speak for what I know to be right. For I know that there is no better gift I can give the world—or myself.
Will you speak for what is right today?
Posted by Mitch Mayne at 2:09 PM