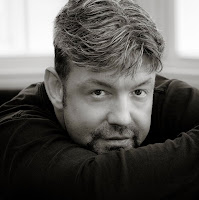 Adam is a 24 year-old lifelong Mormon. He is also gay.
I sat down with Adam this past weekend to ask him about his experiences as a man with a foot in two worlds that don’t seem to intersect. His story is a powerful and painful one—and underscores the similar experience we all have as gay and lesbian Mormons: we feel forced to choose between “God and gay.”
Yet, like Adam, there are many who don’t buy into this concept of forced choice. We are exactly as our Father made us—and as such, we are loved by Him just the way we are. There is no need to buy into the illusion of that forced choice. There are religions that may condemn us, that may try to change us, and those within their ranks who start their sentences with, “We love you—unless.”
But as we learn and grow, we, like Adam, come to understand that there is no qualification on our Father’s love for us, and nothing standing in the way of our relationship with our Savior as our authentic selves.
This is Adam’s story.
Me: How long have you been a Mormon? Did you serve a mission? 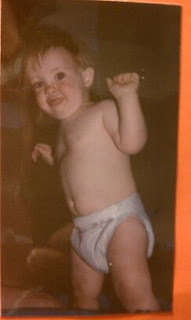 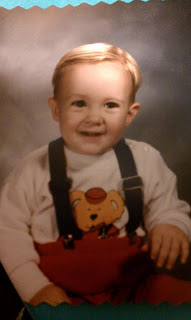 Adam: I don’t think it’s affected my Dad at all. He still thinks it’s very wrong. I believe that because I’m his son and he loves me that he wants to come to a place of support, but he still feels it’s wrong. He’s said the church needs to do more to support members who are gay and their families, but he hasn’t changed his mind about how he views it—that support, for him, would come in the form of ways to help me change or at least manage.
My Dad, at first, wouldn’t use the term “gay” when he talked about it. He still often says “SSA” (same-sex attracted). Finally, one time I told him, “Dad, I’m gay—I’m not same-sex attracted! It’s not just some physical attraction that’s just about sex—it’s way deeper than that.” Now, at least sometimes, he refers to me as gay. But he did say he knew a lot of people who were attracted to both genders, who were able to get married and have lives inside the confines of the policy we have today. I said that’s great, but I’m not attracted to both genders. I’m gay. I’m not bi, and I’m not same-sex attracted.
My Mom is torn—she feels like something inside the church needs to change, but that doesn’t change the fact that she feels like it is unnatural and wrong.
Me: How do you feel as a gay Mormon when you hear messages from our leadership that reinforce the message that you must choose between being who you really are—and keeping your membership inside a faith that has become your home?
Adam: I don’t think anything hurts worse than this. I feel like…like they don’t want me. And at the same time, I really strive hard to show them the same kind of respect and compassion I’m asking for from them.
This month, Elder Packer wrote an article in New Era that is a prime example of the kind of messages that wound me and people like me. He called it, “Surviving in Enemy Territory,” and I just read it—and it hurt. It depressed me and made me feel hopeless. Some of his previous General Conference talks also hurt very much. It’s really difficult for me to hear messages like that over and over again—because what happens is those messages from leaders are repeated in Sacrament, Sunday School, and Priesthood. It makes me feel like I’m on the outside looking in.
I feel like no one even wants to understand this issue. I know it’s hard, but I want people to really think about what they say and do and how that affects others. It’s like straight people look at me and think I deviated from being straight somehow. I didn’t start out straight and change my mind—this is how my Father made me. This is who I am—a gay Mormon. So when the church tells me that who I am is not who God wants me to be and that I can change—that’s ridiculous, but still very hurtful. This is who I am. I was made this way.
Me: What are your dreams when it comes to relationships, intimacy, and love? Do you see your Mormon faith in those dreams? 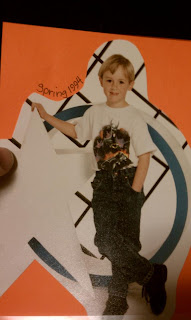