A guest post by my friend Bob Rees, who shares his views on recent Latter-day Saint policy changes that affect LGBT members and their children. Bob served as a bishop, stake high councilor, Institute teacher and a member of the Baltic States Mission Presidency, currently teaches Mormon Studies at Graduate Theological Union in Berkeley. Previously he taught at UCLA and UC Santa Cruz and was a Fulbright Professor in American Studies at Vytautas Magnus University in Kaunas, Lithuania.

One of my Lithuanian students sent a note the night of the terrorist attack on Paris expressing appreciation for an essay I had written after 9-11 titled, “America’s War on Terrorism: One Latter-day Saint’s Perspective,”[1] and informing me that there would be a special Pietà or ceremony of mourning in Vilnius during what she called a “week of God’s mercy.” I wrote back, “These periodic episodes of madness, as troubling as they are, do not cancel or contradict the essential rightness or goodness in the world, especially when we understand that they break God’s heart as well as our own. Broken hearts mend and become more tender.” That’s pretty close to how I have felt the past several weeks as so many of my fellow Latter-day Saints have been in pain over the Church’s new policy on gay and lesbian parents and their children.

That policy ,which labels such parents as “apostates” and places strict limits on their children in relation to baby blessings, baptism, confirmation, ordination to the priesthood and mission calls—in other words most of the cardinal rights and rituals of membership in the Church--has caused  what scientists refer to as “a disturbance in the field.” Although this term has specific meaning within both physics and psychotherapy,[2]    I am using it here to describe a significant disruption in the social and emotional fabric of the LDS church, a disturbance of the normal healthy functioning of the organization. While such disturbances are predictable, they are none-the-less challenging and can be wrenching both to the organization/system and to its constituent parts—individual members-- as is clearly the case with regard to LGBT members and their families and friends affected by the new policy change.

I have experienced (and endured) a number of such disturbances in the field of my faith from the time I joined the Mormon Church as a ten-year-old boy at the end of the Second World War. Some of those disturbances have been part of the necessary process of developing a mature faith; others have been a result of my own inadequate and sometimes failed attempts to live as fully a Christian life as I have hoped; but most of those disturbances have resulted from policies, practices and positions instituted by the Church that have resulted in psychic and spiritual discord. This has been particularly true of policy or positions that have been injurious or harmful to others, including the Church’s ban on priesthood and temple ordinances for blacks of African descent, the unequal treatment and marginalization of women, and, more recently, policies relating to LGBT members.

*I am indebted to my friend and colleague, Dr. Raymond Bradley, and his revolutionary work on love as articulated in his forthcoming The Lens of Love: Holographic Eye of Universal Consciousnes.

All systems (including all organizations and cultural groups) constitute fields that have their own order and coherence—a manifestation of the essential wholeness and integrity that is the basis of any system’s long-term ability to endure. In human systems, such system integrity is based in love and our success in expressing that love as a coherent wave field of energy that radiates literally from our hearts out into the world in all directions. Such coherent heart-generated energy travels like the coherent light from a laser, virtually without limit. By contrast, negative emotions, such as fear and anger (which likely  lie at the heart of the new policies, in spite of assurances to the contrary), generate an erratic, disorganized wave field of energy, again from the heart, which is the most powerful generator of electro-magnetic energy in the human system. [3] By its very nature, such an incoherent field of energy has short duration and limited reach, although its disruption and damage may be felt within the system for some time, as I feel will be the case with the new policy changes. In relation to the power of love, such fear-based energy is small and weak. Eventually, it is overwhelmed by the more powerful force of love-generated coherence.

Viewed from this perspective, this most recent disturbance to the field of Mormonism is but an aberration—a temporary, but necessary expression of pent-up negative energy that some feel in relation to the truth of the wholeness of love. True love is comprehensive and inclusive, embracing all, without class, creed, color, life circumstance or life-choice. That is God’s truth, the truth that Christ willingly gave his life for on the Cross. Holding the truth of the wholeness of love is not only the Christian and “right” thing to do, but is to be aligned with the reality that will prevail as the system ultimately purges itself of all untruths and the sources of anything less than whole, unconditional love. 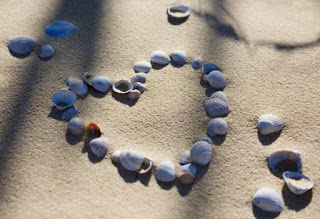 As Latter-day Saints (members and leaders) we can choose to remain in the wholeness of love, and, in doing so, empower the coherence of love to prevail—as indeed, it always does, even if in the short term it may seem not to. Even if we succumb with fear to unloving, divisive and destructive action, the wholeness of love will still ultimately prevail, for this is the power of God’s love, whether manifested directly from him or through us. This is the essential message God reveals to us through to the prophets and our own hearts; this is the truth that Christ gave his life for. Thus, as leaders and members, as followers of Christ, there is only one question for us to ask at this critical time: What is the most loving thing we can do?—the most loving toward our fellow saints (including those who don’t agree with us), the most loving toward our leaders (even when we may have been hurt by their decisions) and, especially at this time, the most loving toward our gay brothers and lesbian sisters and their families. Such love will help restore order to the field of faith which constitutes Mormonism as well as the larger and wider field of Christ’s kingdom.

Jews have an ethical imperative called ”Tikkun olam,” which means “healing, repairing and transforming the world.” In a lecture I gave last year, I coined the term “Tikkun k’nessiah,” which means “healing, repairing and transforming the Church.” This ethic can be traced back to the sixteenth-century Kabbalist, Isaac Luria, who taught that when God created the world, he sought to light it by shaping special lamps or vessels to hold his light. Luria explains, “But as God poured the Light into the vessels, they catastrophically shattered, tumbling down toward the realm of matter [the earth]. Thus, our world consists of countless shards of the original vessels entrapping sparks of the Divine Light. Humanity’s great task involves helping God by freeing and reuniting the scattered Light, raising the sparks back to Divinity and restoring the broken world.”[4]
Many Jews believe it is their duty to participate in the repair, healing and redemption of the world by “freeing and uniting the scattered Light,” which is tantamount to freeing and uniting the scattered love imbedded in our hearts. This is the shared, sacred work of God and humans.

Today there is immense pain in the Church. Addressing that pain depends on our individual acts of courage, of sacrifice, and especially of love. It is in that realm where much of the most important work of repairing, healing and transforming is to be done. But there is also the larger realm, the Church beyond the individual broken heart; beyond the sin and insensitivity with which each of us must contend in trying to make the gospel and the Church work in our lives, our families and our congregations; and beyond the madness and mystery that characterize disturbances in the field of faith. That field, especially when we experience disturbance in it, is where Christ calls us to labor with love. It is as if he saying to us, to use words penned by Rumi, “Out beyond ideas of wrongdoing and rightdoing there is a field. I’ll meet you there.”[5]
[1] “America’s War on Terrorism: One Latter-day Saint’s Perspective,” Dialogue: A Journal of Mormon Thought, 36:1 (Spring 2003), 11-32.

[2] The term is used in physics with reference to electromagnetic waves (see “Fundamentals of Physics/Electromagnetic Waves” at https://en.wikibooks.org/wiki/Fundamentals_of_Physics/Electromagnetic_Waves). It is more controversial in medicine and psychotherapy (see “Defining the Terminology of Nursing” at http://www.nanda.org/DEFINING-THE-KNOWLEDGE-OF-NURSING-Priorities-for-Terminology-Development-_b_7.html). See also Steven H. Cooper, A Disturbance in the Field: Essays in Transference-Countertransference Engagement (London: Routledge, 2010). I use the term herein both as metaphor and to suggest its relevance in any energetic field. See also Lynne Sharon Schwartz’s novel, Disturbances in the Field: A Novel (New York: Open Road, 2005)