On the Vilification of Disagreement 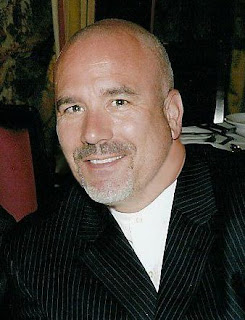 A guest post by my friend and Stake High Councilman here in the San Francisco Stake, Matt Mosman.

I can't underscore enough how much respect I have for this man. A multi-generational Mormon who almost unceasingly exhibits Mormonism at its best--even when he disagrees with others, including me. He's also among the most well-read Latter-day Saints I know when it comes to scriptures and our history, and has consistently been a voice of reason in rooms where there doesn't seem to be enough of it around. He is not only someone I admire, but he is someone I'm quite honored to call my friend.

Here is his take on the growing trend to vilify individuals who disagree with the new LDS policy on LGBT indiivudals and their chidlren. Whether or not you agree with the policy, there is something for you to learn here.


In the past month, because I’m struggling with the church’s recent pronouncement on people who enter into a same-sex marriage and the children of those couples, I’ve been accused of a few things:

All of this -- all of it -- from folks who live hundreds of miles from me, none of whom has ever had the opportunity to meet me or talk with me. A few were positively stunned to learn that I hold a stake calling, as I have at one level or another for the past decade. I can’t know for sure, but none seem to have considered the notion that perhaps I am a man who loves the Mormon church, wants desperately for the church to be as amazing as I think it can be, wants to help in every way, prays for the leadership of the church to be guided by the hand of God, and yet honestly wonders if the church has gotten this one right just yet.

I’m not alone. This vilification of those who disagree has been playing out across wards and stakes all over the world. That’s a problem, I think. And I want to think out loud about issues that seem to give rise to it.

On Accusations of “Anti-Mormonism”
More years ago than I care to admit, I was walking down a Chicago street with my missionary companion, Elder Hansen (not his real name). It was one of those sweltering Midwestern summer afternoons, where the air just sort of lays on you like steaming barber’s towels. We were in the middle of a particularly fruitless day of tracting, knocking on door after door without success.

As we approached a street corner, a cluster of teenagers, not much younger than we were actually, appeared with what must have been thirty water balloons in their hands. Each of the kids was soaked; apparently this had been going on for a while.

Seeing us, they laughingly called out “church boys!”, and proceeded to unload their stash of balloons on us. All of them. We were drenched.

Which, to be honest, felt wonderful. I ran my hands through my wet hair and stooped to pick up my scriptures, which I’d dropped when I threw my hands up to ward off the “attack.” Cool water ran down my back. The boys ran away laughing.

I stood back up, and Elder Hansen was looking at me very seriously. I think maybe tears were welling up in his eyes, though it was hard to tell with his face all wet. “Elder Mosman,” he said quietly, “we will be blessed for enduring this kind of persecution.”

Mormons, it turns out, are hyper-sensitive to persecution. A bunch of kids having a good time on a hot day becomes a mob bent on harassment, and just about any attempt to disagree becomes “anti-Mormon.”

At some level it’s understandable, since we are simply recalling a time when persecution was real. It’s worth noting that Missouri’s Executive Order 44, calling for Mormons to be “exterminated or driven from the state,” was formally rescinded less than forty years ago (though to be fair, it was unused and dormant for many years before that). Mormons didn’t happily resettle to Utah -- they were driven there by threat of mob violence in Illinois, quite by force, and settled there at least in part because it was far enough away from everyone else that they felt safe from being murdered.

But part of being a religion that people can take seriously is an ability to allow that people, both from within and from without, will disagree on all kinds of things -- doctrines, policies, whether Diet Coke is allowed by the Word of Wisdom, how and when to bring up to that one deacon that he needs to comb his %$#@ hair before passing the sacrament. Most disagreements are between well-meaning people who just see things from different perspectives. I’ve had people “do me wrong,” to borrow the old cowboy phrase, but almost never on purpose. 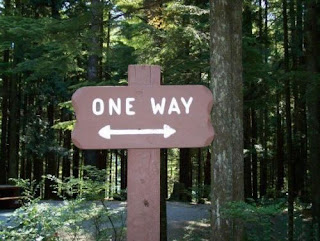 Disagreement is not persecution, and a Mormon who just doesn’t see a certain topic the same way as you do is not necessarily even trying to get you to see things his/her way. Persecution implies a certain degree of ill intent -- while I may actually do some kind of harm to you on accident, it is surpassingly difficult to accidentally persecute someone.

Likewise, I think it would be very hard to accidentally be anti-Mormon.

Moreover, “anti-Mormon” is a bit of a dog whistle for believers, and should be applied with a significant degree of caution. The accusation puts the person with whom you disagree outside of the circle. They become, not a brother or sister who may have a perfectly good reason to feel hurt or who has a genuine and prayerfully-considered position on a matter, but simply an enemy of Christ’s church. It’s a heck of a thing to accuse a person of that.

The accusation effectively ends any possibility of a decent discussion, where I might learn from you and you from me. There can be no give-and-take after that. I am the enemy. You hold the Standard of Liberty. I’m wrong. You’re right. The End.

But Elder Dieter F. Uchtdorf suggests that debate is okay. In fact, he says that it’s central to our church’s history: “In this Church that honors personal agency so strongly, that was restored by a young man who asked questions and sought answers, we respect those who honestly search for truth,” he offered in the October 2013 General Conference. I suggest that we all take him at his word, and allow for people to wonder (and, maybe, wander) a bit.
And in any case, I presume that no one is claiming infallibility for the church’s leadership.

Do Mormons Believe in a Doctrine of Infallibility?
Mormons do not believe in infallibility. As George Q. Cannon wrote, in “Gospel Truth”: “The First Presidency cannot claim, individually or collectively, infallibility. Infallibility is not given to men. They are fallible.”

There is a sort of pat Mormon response to this that allows that the leadership of the church can make mistakes, like I suppose miscalculating a tip or something, but not in the guidance of the church. But this simply does not hold up to even the most casual scrutiny. Elder Uchtdorf refreshingly told us in the talk referenced above: “To be perfectly frank, there have been times when members or leaders in the Church have simply made mistakes. There may have been things said or done that were not in harmony with our values, principles, or doctrine.”

I don’t want to overstate that. I don’t believe that he meant that it happens all the time, or that everybody in church leadership in Salt Lake is just blindly guessing, or that doctrine is some kind of drunkard’s walk that eventually settles on truth. But this great leader of our church, in a bold attempt to cast the net wide and draw all of us together, nevertheless cast the notion of infallibility aside rather dramatically.

That this is true is not only self-evident from the fact that we are dealing with mortals, it is also evident in our history: Brigham Young’s ideas about Adam and Wilford Woodruff’s notation in the Journal of Discourses that “God himself is increasing and progressing in knowledge, power, and dominion, and will do so, worlds without end” would be considered heretical today (at least the knowledge part), and one cannot read the church’s essay about “Race and the Priesthood” without stopping a bit on this sentence: “Over time, Church leaders and members advanced many theories to explain the priesthood and temple restrictions. None of these explanations is accepted today as the official doctrine of the Church.” (My italics)

In a way, this completely shifts the responsibility from them to us to determine when they so speak.” (To seminary and institute faculties, Brigham Young University, July 7, 1954.) I am aware that one could produce a mountain of quotes that say, in essence, “just follow the prophet without fail.” That certainly solves for a lot of issues. But it removes from us the responsibility to work out our own salvation with fear and trembling. I do not doubt that I will never be led astray by the prophets and apostles. I am satisfied that they are amazing men, and that they are guided quite remarkably by the hand of God. They will never lead me southwest when the proper path is due north. But to say that they will never be mistaken at any point on a matter of policy, or even on a matter of doctrine, is to ignore settled facts and to shirk our own responsibility.

Policies can certainly be incorrect and require change, and we have to allow that even some doctrines will change over some period of time. To say that nothing can ever be revised or modified is to say that you do not believe in the ninth Article of Faith. Joseph did not write that a few niggly things would be revealed, so long as they were revealed within a few years surrounding the church’s founding. He wrote that “many great and important things” were yet to be revealed. This thrilling possibility is one of the most attractive things about the church, in fact. 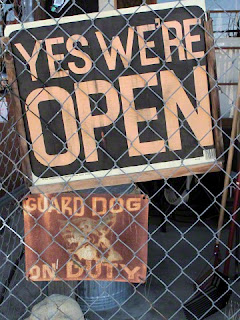 So where does that leave us, or maybe more accurately, where does that leave me? A little askew, is the short answer. I don’t easily or flippantly stand apart from the leadership of my church. It’s not something I do without feeling “off.” But when I search my own mind and heart, and yes even when I pray about this latest policy, I don’t feel good about it. I don’t feel peace or warmth or goodness or any of the things I’ve learned to associate with truth. I feel confused and discouraged.

I’ve read that a fairly large number of church members who feel similarly discouraged have chosen to leave the church, but that is not for me. I respect their choice (another thing Elder Uchtdorf asked us to do in that conference talk), but it’s not mine. I’ve raised my hand to say that I will sustain my church leaders, and I intend to do that. “Sustain” to me means something like “support them in every way to magnify their callings,” and I don’t think that is accomplished if I were to leave, or if I were to pretend I’m okay when I’m not.

So here I am, along with thousands and thousands of others, feeling a little unmoored. And here’s the thing: you don’t have to feel that way. I’m just asking you to be respectful and thoughtful when friends tell you that they do.
Posted by Mitch Mayne at 6:00 AM